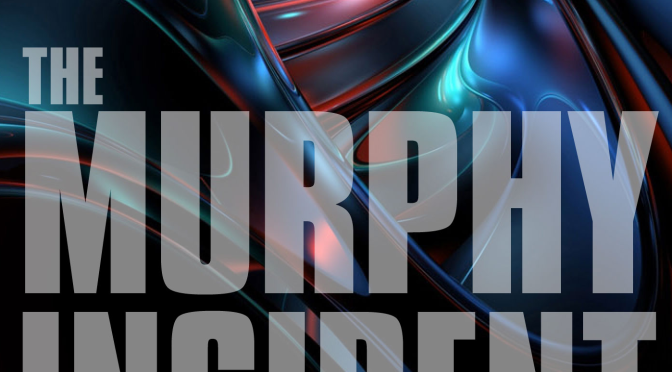 I’m happy to announce the second “Victor Tookes Adventure” story is out.  VTA #2 is a short story slightly longer than The Farmer’s Daughter, about 40 pages long.

The story follows Victor and Max during the years skipped in Declaration of War.  It isn’t required reading before you read What Zombies Fear 6 this October, but it does shed some light on Victor and Max’s maturing relationship, Victor’s particular brand of crazy, and introduces you a little more to the older Max, who is fourteen in this story.   I loved writing it, and I hope you enjoy reading it.

Here is the first chapter, if you’d like a sample. For the sake of full disclosure, this is about 15% of the story. The rest is available on Amazon and Barnes and Noble for 99 cents.

Max’s reply was muffled; his face was buried in his pillow. “I don’t’ want to get up. I’m tired!”

The fourteen year old boy was tall.  His feet suck off the end of his bed, making him look even bigger.  At some point between the time Victor checked on him at eight that morning and now, he’d kicked all the covers off and was laying there in his underwear and tee shirt.  His room was a complete mess, dirty clothes completely obscured the floor, and books covered every surface.

Victor shuffled his way to the bed, kicking clothes out of the way.  He sat down at the food of his son’s bed and put his hand on his calf.  “Son, we have work to do.  I need your help today.”

Max reached down and dragged a blanket over himself as he rolled over. “Dad, no one has seen a super zombie in ten years.  If they can take a decade off, I’m sure we can take a day.”

“What if tomorrow is the day?”

“Then any of the bazillion preparations we’ve made would be employed.”

“And what if that’s not enough? What if they get to Gramma?”

Max sighed and sat up.  “Really? This conversation again?  We’ve handled countless attacks here.  One more isn’t going to be any more successful than any of the first ones.  Plus, I have to be back by six.”

“Susan Trenton.  She’s struggling with math.  I promised I’d show her some uses for trigonometry in real life.   Now I just have to find some.”  Max shook his head, remembering how much he’d hated trig the year before.

“I think I can help there. Get your clothes on, we’re leaving in ten.  Oh, and bring work gloves.  I’ll see you in the kitchen in five minutes,” said Victor, getting up from the bed and walking towards the door.  “Oh.  Also, I love you.”

Victor closed the door behind him, stopped in his room to grab a simple tool bag and headed down to the kitchen to wait.

Fourteen minutes later, Max arrived, wearing sneakers, shorts and a tee shirt. His hair stood out in every direction, but he had work gloves in his hands and a tool bag over his shoulder.

The pair stepped out of the kitchen door and walked across the garden.  Victor put his hand on Max’s shoulder and the pair disappeared.  Victor’s mother, Sharon, watched from the window, grateful they’d used the door.

They reappeared in the middle of the woods. Victor asked immediately, “Where are we?”

Max looked around. He smelled the air, and studied the trees. Then he listened for a minute.

Victor just looked at him.  “How’s that helpful?”

“Fine,” said Max.  “It’s warmer, so likely south of home. I hear running water on both sides of us, so we’re someplace with a lot of natural springs.  The dirt is soft, so it stays wet which indicates a lot of rainfall.”

Max spun again. “Not the right kind of pine trees or dirt to be Georgia or South Carolina.  No west coast trees, and it’s too warm, so we’re not in northern California or the pacific north-west. Rhododendrons mixed with some of the other plants tell me we’re on the east coast.  I’d say Eastern Tennessee or Western North Carolina, but I know you, so that narrows it down a little further.”

“What does that mean?”

“There is a lot of flint around,” He said, and then he pointed to a rock outcropping ahead of them.  The rocks appeared to be sheets stacked vertically, like the pages of a book sitting on its spine.  “Those big rocks are aluminous quartzite, which is pretty unique to south-western North Carolina, so I’d say we’re somewhere near Murphy.”

“Now I’m impressed,” said Victor.  “Now for the bonus points.  If you wanted to find Murphy, which way would you head?”

“I’d follow one of the creeks on either side of us until it dumped out into the lake.  Uhh…” Max scrunched his face. “Lake… Uhh, hold on,” he snapped his fingers as he tried to find the name. “Ah!  Hiwassee.  Lake Hiwassee, which is west of Murphy.”

“Why are we in Murphy, North Carolina, Dad?”

“Because, we’re going to build a trap today.  It’s one I’ve been thinking about for a while.  But first, we need to find some equipment.  I used to have a friend from Murphy.  His family ran a logging company.  They’ll have everything we need, if we can get it running.  Up to playing mechanic for a little while?”

“Good. We’re off,” said Victor.  He started walking through the forest.

“How do you know where it is?” Max asked, trotting a few steps to catch up with him.

“I know these woods like the back of my hand.  There’s another spot I want to show you, but that’ll have to wait until we’re done.”

They walked through the woods, like any father and son on a day hike.  Each wore a backpack, like everyone these days, but if it weren’t for the weapons strapped to their waist, no one would know it was any different than before the end of the world ten years earlier.

The amount of deer had exploded for several years after the apocalypse.  Not only was there a significant decrease in hunting, but the fields all grew tall.  With abundant grasses, the herbivores had no problem finding enough to eat.

There were animals everywhere.  Squirrels filled every tree.  There was sign of raccoon and possum everywhere, although they were probably all asleep in their burrows and nests.

After the rapidly multiplying small game took over, the big hunters came.  Mountain lions, bobcats, coyotes, and huge packs of wild dogs roamed the forests.  Max and Victor had nothing to fear, but a regular human walking through these woods would have every reason to be wary.

Max ranged out ahead, scouring the ground.  “Hey Dad, look at these tracks,” called Max near the base of a tree.

At the foot, two massive paw prints faced the trunk.  Each was bigger than Max’s boot, had five clear toe prints and five wicked looking marks ahead of each from its huge claws.

“Do you think they’re spreading?”

Victor nodded. “Without humans to kill or contain them, all the animal life will return to the way it should have been.  Keep an eye out though, this is a big male.  They’re not very territorial, but if you startle one or it feels threatened, that’s a hell of an animal to tangle with.”

The pair walked on, talking about life, grizzly bears, Susan Trenton, and wherever else the conversation meandered.  Victor was just happy to have some time with the boy out in the woods.

Eventually, after almost ten miles, they reached a huge, overgrown wood yard.  Stacks and piles of logs dotted twenty acres of overgrown grassy field.  There was a huge barn-like structure on the far end of the field.  “Here we are!” Victor exclaimed.

Inside the barn, Victor pointed to a backhoe and a bulldozer.  “Those are our targets for today.”

“You sure those things ran before all this?  They’re a mess!”

“No, I’m not sure.  But they have prime spots in the garage here, so that tells me they probably did.  Otherwise he’d have drug them off into the field or sold them.  Look around for some kind of stiff wire.  Like a coat hanger or something.  I’ll get to work finding the oil pan.”

The father-son team worked well together.  Max checked all the exhaust ports, cleaning out the mice that had taken residence inside.  Victor drained the oil into a pan, which he saved in five gallon buckets.  It was in reasonably good shape, not too dark.  He pointed to the buckets when he was finished and said, “That’s a good sign.  Oil wasn’t too old when the parked these, that means they were probably well maintained.”

“We need to check the hydraulic fluid and cylinder seals too,” said Max. “That’s a lot of time for condensation and dry rot.”

“Good idea.  I’ll drain the fuel and check for water,” said Victor. “You get on the hydraulic lines.”

They worked hard. Max connected a chain hoist to a central beam in the barn and extended the hoe-arm out as far as it would go.  Victor refilled the backhoe with most of the used oil, plus a jug of brand new oil he found on a shelf in the back of the barn.

About four in the afternoon, Victor was tightening the bolt on the hydraulic fluid drain when he saw his watch.  “It’s a little after four, bud,” he called out to Max.  “We’re not going to finish this today, but I have something else I want to show you.”

He crawled out from underneath the backhoe and grabbed a towel off the massive back tire.  Max stepped around, wiping his hands as he spoke.  “What’s that?”

“Normally, I’d have us walk there to get a feel for the land, but since time is short, I’ll just take us there.”  Victor tossed the now greasy towel and put his hand out.  Max grabbed it and the two of them reappeared in the middle of a meadow.

If you enjoyed the introduction to the story, and would like to read the whole thing, it’s available at Amazon and Barnes and Noble.