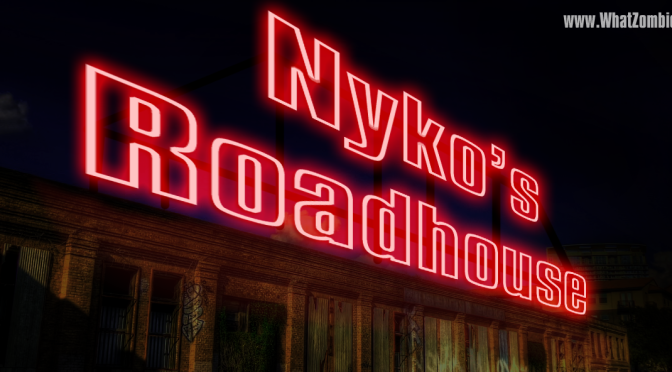 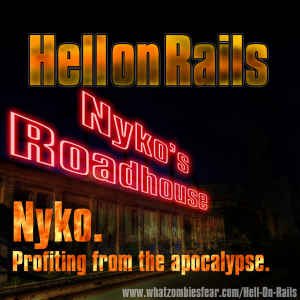 Taylor met Charlie at the door to the shower room with two towels.  Charlie took the first one and wrapped her long, dark hair in it, piling the towel up on top of her head.  She took the second one and dried off, then wrapped it around her waist.  “Thanks, Tay.”

Taylor looked at her friend with soft eyes.  “You okay?  I don’t know how you stay so strong.  I’m falling to pieces.”

Charlie headed off to her room, followed by Taylor.  She stood silently as Charlotte put on a pair of jeans, a tee shirt, and a pair of cowboy boots.  Anyone who has spent some time taking their clothes off on stage gets pretty used to being looked at naked, and Taylor was no stranger to Charlotte’s bed.  They’d spent a number of nights together since she arrived, half-starved.  But this was bordering on leering.  Finally Charlie spoke up, “Do you need something, Tay?”

“I… I think I might be able to help.  You know my friend Brad? He works at the hospital.  He could probably get everything we need; he’s in charge of the supplies.  If I could have a day off to spend with him, I bet he’d get us whatever we need.”  Taylor blushed several shades of red and looked at the floor.  “I mean, I’m sure you don’t need my help.  I just want to help the boss, you know?  He’s the reason I’m alive.  Just.  I dunno.  I just wanna do my part.”

Charlotte thought through Taylor’s offer.  “Baby, do you want to spend a day with Brad?  I mean, if Nyko was not hurt, is it still something you’d want to do?”

Taylor smiled, still looking at the floor.  “The way he touches me is so different.  No one has ever made me feel like he does.  Like… I matter.  I’d really like to.  But I’m afraid. You always said not to get attached.”

“Oh, honey.  It’s fine.  If Brad’s willing to help, you can spend any of your off time with him.  Just let me know when you want to be off, just like for any other day.”  Charlotte hugged Taylor close, and whispered in her ear.  “It’s okay to enjoy his company.  It’s even okay to fall in love.  Just make sure he’s not using you.  If he hurts you, I’ll kill him.”  Her tone was joking, but there was a serious undertone to it.

Taylor pulled back.  “He’s a good man.  I think he really loves me.  I’m going to go see if he can help, unless you need me around here.”  The last part was more of a question than a statement.

“Nah, go ahead.”  Charlotte looked out the window of her room, the sun was almost down.  “Be careful. Don’t forget your gun.”

“Thank you, Charlie.  For everything.” Taylor stepped up on her tiptoes and kissed Charlotte.  “I’ll be back in a couple hours.

Charlotte left her room to go check on Nyko.  She found him in his room, lying on his bed.  The sheets were pulled up to his waist, and fresh bandages had been applied to his wound.  His chest rose and fell and he was snoring louder than a chainsaw.

There were four pieces of furniture in Nyko’s room; a bed, a comfortable looking chair, a bookshelf, and his desk. His work space was covered in stacks of papers, gun parts, and a dozen old magazines, every one of which had a nude woman or a gun on the cover.

Charlotte grabbed the back cushion from the chair and laid it behind Nyko’s head.  Then she crawled up on his bed, straddling him.  She leaned down close, picked his arms up and put them over her shoulders.  She could smell him, a mixture of leather, some form of body wash, and aftershave.  She slipped one hand behind his shoulders, and gently pulled him up, sliding the cushion halfway down his back before easing him back down.  His snoring stopped immediately.  Charlie dragged the chair over beside his bead and sat on the edge, holding his hand.

“Come on Nyko.  You’re tough enough for this,” she whispered.  “I’m not doing all this without you.  Wake up now.”  Ever stubborn, Nyko slept on.  At the one-hour mark after her impromptu surgery, Charlotte peeled the bandage back and looked at the wound.  It was slightly pink, and warm to the touch.  A thick, clear liquid oozed out of the drain.  She replaced the bandage and kissed him on the forehead.  “Sleep well, big guy.  You’re going to get through this.  I’ll come check on you as often as I can.”  Then she left to go open the saloon.

Taylor ran up to her room and buckled her belt.  Her small revolver sat in a holster on her right hip, and a seven inch bowie knife on a sheath on her left.  She slipped on a black hoodie, added a few items to a small backpack and left via the back door.  She put her hood up, stuffing her long blonde hair down her back.  There was no way someone would mistake Taylor for a guy, she had wide hips and there was no hiding her chest.  Moreover, she had a slink to her walk, swaying her hips just a little as she moved.  But there was no reason to advertise either.  On this side of the wall, there was no justice outside of Nyko’s bar.  The laws of New Vegas stopped at the wall.

She picked up the pace, jogging towards the guard post on Flamingo.  It was an easy run, Taylor was in good shape from the hours of dancing every night.  The girl slowed to a walk as she neared the guard post, and stopped when ordered to by the guards.

The first guard stepped out into the space in front of the gate.  “What’s your name and where do you live?”

Before she could answer, the second asked, “What are you doing out in the dark, Miss?”

“Taylor O’Callahan.  I live at Nyko’s.  I’m just running some errands in town.  I need to pick up a few supplies.”

“I’ve seen you over at Nyko’s, shaking your ass.  I bet you’ve been with so many guys you don’t even remember me.”  His tone put Taylor’s nerves on edge.  She knew his voice.  She lowered her hood and shook her blonde hair out.

“Of course I remember you, Robbie.”  She stepped forward, swaying her hips, walking with each foot crossing over the other.  “How could I forget a cock like yours?”

Even in the dim light of the LED’s above the gate, Taylor could see Robbie turning red.   When he’d finally earned enough credit to spend an hour with her, he spent the first half of it unable to get an erection, embarrassed by how small he was.  Taylor decided to really lay it on.  “I’ve never seen one like it,” she said, holding her hands a foot apart and winking at the other guard.

“Alright, Taylor.  You can go,” stammered Robbie.  “But don’t be long.  If anyone stops you, tell them you got to town just before sundown.  I’ll put you down as entering an hour ago in the log.”

The two guards opened the door within the gate for Taylor, who, once she was safely on the other side breathed a sigh of relief and pulled her hood back up.  Neither of them remembered to search her backpack.

She headed straight for the hospital, around past the emergency room doors, and into the administration doors.  “Look like you belong,” she said to herself as she passed through the doors, lowering her hood.

A receptionist at the massive front desk, which had seated four people at all times before the infection, looked up at Taylor as she entered.  “How can I help you?”

“I need to see Brad Halvertson.  Is there a chance he’s here?”

“Hold on one moment.”  There was a fluttering of papers as the receptionist flipped through the log.  After several minutes, she closed the book.  “He is still signed in.  May I tell him who is here to see him?”

“Just one moment Taylor, please have a seat, I’ll go get him.”  The receptionist put a sign on the counter that said “Back in 5 mins” and walked up the hallway to the stairs.  Taylor sat down in one of the chairs in the waiting area, and looked around the hospital.  She’d been here once, before.  The place looked completely different.  Black wires were suspended from the ceiling tiles, and every foot, a single LED illuminated a tiny area.  All combined, they cast a faint, cold, bluish light everywhere.

Nearly fifteen minutes later, the receptionist returned, carrying a can of soda and a greasy brown paper bag.  She slid behind her desk and started eating pretzels out of the bag.  Taylor’s mouth watered.  She hadn’t seen a pretzel in years.

Taylor stood, causing the receptionist to fold up the bag and slide it under her desk.  “He’ll be down in a couple minutes.”

She was pretty sure she hated the receptionist.  Instead of sitting, she paced around the lobby, looking at odds and ends until Brad came down the ramp to the waiting area.  “Taylor, hi!  What are you doing here?”

“Can we speak privately?”

“Sure, of course.  My office is right this way.”  Brad led her up the ramp towards his office.

When they were clear of the receptionist, Brad stopped her, and pulled her close.  “Is everything okay? Are you pregnant?”

“No, nothing like that.  Nyko has been hurt, stabbed in the belly.  Charlie sewed him up, but he needs an IV and antibiotics.  Charlie said she’d let us have a whole day off together if you could help.”

“I would love that.  But I can’t just give away medical supplies.  We’re short on everything.”

Taylor put on her pouty face.  “He’s going to die, Brad.  He lost a lot of blood.  It was horrible; I don’t know what to do.  He saved my life.  His bar is how I met you.  I’m afraid.  I have to do something to help.”  Tears streamed down her face.

“Don’t cry, baby.  Let me see what we have.  Maybe I can spare something.”

Brad opened the door to his office and began leafing through a binder of hand-written pages.  “I have forty-seven saline bags, and thirteen IV antibiotics.  I could spare two salines and one ampicillin bag.  Wait here.”

Brad left and returned several minutes later with the three bags and several other items, all wrapped in plastic.  “This is the needle, some tubing, clamps to control the flow, and a few other things.  Is there someone there that knows how to use this stuff?”

“Charlie does.  She’s the one who stitched him up.” Taylor beamed.  “Thank you so much.  Let me know when we can have our date, I’m really looking forward to it.”  She stood up on her tip toes and kissed him.  He wrapped his arms around her and put on hand on her face as he kissed her back.

“I’ll come by the saloon tomorrow, and we can figure out a time,” he said when the pair finally broke.

Taylor put on her naughty face, reached down and cupped his crotch and said, “Can’t wait.”  Then she stuffed the supplies in her backpack and left his office.

“Ma’am!” Said the receptionist as Taylor walked by.  “You didn’t sign in.  You have to fill out this form.”

“You have to fill out this form, declaring why you came to see Mr. Halvertson, when you arrived and when you left.”

“Oh, I just came to say hi,” said Taylor, continuing towards the door.

“You still have to fill out the form.”

Taylor was sure she hated the receptionist.