I set up a new GROUP on facebook, separate from the page.  A page is nice, but I’m hoping the group format will help foster a more open community.  If you’d like to check it out, it’s facebook.com/groups/whatzombiesfear.

Charlotte opened the bar at six, just like every night.  She had a skeleton crew, with Nyko taking her best four employees.  She had to put a couple of the girls in other spots.  Teagan was working the front door, Taylor was with her behind the bar, and Ashley was working the DJ booth in Derrick’s place.
END_OF_DOCUMENT_TOKEN_TO_BE_REPLACED 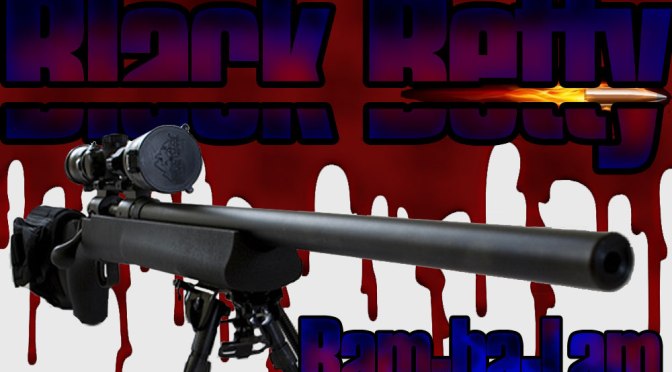 Nyko’s men ran towards the front of the warehouse, towards the sound of the approaching vehicles.  Only Jonas stayed in his spot.  He was the eyes.  His job was to spot attackers and call out their positions.

The men were well trained.  Nyko and Brian collapsed inward to the front of the building.  Terrell and Andy moved up to the front corners.  The drive up to the warehouse was a long, straight road.

“Three trucks, each with two in the cab and four in the back,” Jonas called down.

Jonas reached into the bag he was carrying and pulled out one of the remote controls.  It was a gun shaped unit, designed for driving a car.  On the side was a wheel that had been intended to steer the car, and the trigger was the throttle.  He flipped the controller on and squeezed the trigger.

One hundred yards away from Nyko’s position, a series of pops, no louder than a firecracker puffed tiny clouds of smoke up from the road bed.  Those small charges lifted the latch on spring-loaded spike-strips.  The spikes rotated up out of a small ditch in the road, pointing straight at the oncoming truck.

The first truck hit the spike strip.  The tines hooked into the tires, flattening them, but also holding on to them.  A year ago Brian had complained loudly when Nyko made him drive the stakes holding the spike-strips eight feet into the ground, and every time he had to reset them.  But the effect was impressive.  The truck was brought to a stop in less than three feet.  The sheet of strips ripped partially out of the ground and folded around the wheels.

The front of the truck dipped and the rear flew upwards, launching the four men and enough hand-tools to fill a garden shed out of the back, cartwheeling through the air at fifty miles per hour.  The rear of the truck fell back to the ground just in time for the second truck to slam into the tailgate.  Four more men were ejected, this time from the second truck.

The force of the impact ripped the spike strips from the ground.  All eight men were still in the air as the two wrecked vehicles spun to the left, and then rolled over sideways.

The men hit the ground, skidding on the asphalt.  The third truck narrowly missed the pair of mangled vehicles that were still rolling over.  The driver of that one must have had lightning reflexes to miss the collision.

He jerked the wheel to the right, then back to the left to swerve around the wreckage.  He was in the middle of his maneuver when he ran over one of his compatriots.  Driver number three locked up the brakes, skidding to a stop, sideways in the road.  His real wheels came to rest on top of the corpse he’d just run over.

The driver of the last truck watched the carnage unfold, and had nowhere to go.  He’d been accelerating to catch up to the group when the scene unfolded, and he never thought to hit the brakes.  He smashed into the passenger side of truck number three, rolling it over.  His passengers were thrown clear, and skidded to a stop on the pavement.

When everything came to rest, sixteen men lay on the asphalt, ejected from the cargo area of the trucks they were riding in.  There were eight more men inside the vehicles.  The driver’s side doors of of the first two opened, and at the same time, several of the wounded men started to get up off the asphalt.

Nyko waited until the driver of the first truck climbed out of the wreckage, then shouldered his heavy rifle and squeezed.  He still had the door latch in his hand when the glass exploded and shards of glass and hollow point embedded themselves in his face.

The driver was spun around by the force of the shot and landed on his stomach.  Several of the marauders were back on their feet, charging at Nyko, axes, hatchets, or whatever they could find in their hand.  One of the remaining six was holding a shovel over his head, ready to swing it like a bat.  None of them were in good shape.  Those without shirts had very little skin left on their chests.  One man’s nose had been ground off by the asphalt.  Every one of them was covered in blood.

Nyko’s men opened fire.  The marauders were cut down one by one.  Not one tried to find cover or even slowed their charge, they were so consumed by aggression.

The last man moving, the driver of the second truck got out and held his hands up.

Nyko knew this was always the tricky part.  One of them had to get away, one of them that was still sane enough to report back to their boss that they failed.

He started walking forward slowly, keeping his scope on the man.  “Driver!  Step around your truck and lay down on the road.”

“I have a cuddle fuck… I have a cup of soup… I have a message.  Yes, message!” The driver yelled, seemingly thrilled that he got the right word out.

Nyko stopped.  He was about thirty feet from the man.  This was a new tactic. “What message?”

“Your train will be fucked by an antelope!”  Brian burst out laughing from his position back by the warehouse.  The sun was setting.  They had about an hour before the bar’s patrons would be showing up, and had to have all this cleaned up by then.

“Is that your message?  I have one for you to return,” Nyko shouted.  Andy and Terrell advanced from the corner towards their boss, covering him.  Both knew what was about to happen, as it had countless times before.

Nyko pulled a small notebook out of his back pocket and a pen out of the inside of his leather vest.  He quickly scrawled a note.

Stay away from my bar and I won’t come for you.
This is your third and final warning.
If you come again, I will hunt you down and kill every one of you.

Everyone knew they would ignore the warning.  But Nyko couldn’t just kill someone once they surrendered, and he certainly wasn’t in the business of keeping prisoners.  So, he let the man go with a note, as he’d done the two previous times.

“Now, run along.  Go back to your boss and tell him what a bad idea it is to come here.”

He’d been through this cycle a bunch of times.  Three warnings, then they find the marauder camp and wipe them out.  A few weeks or a month later a new group started up.  No one knew where they came from, or where they’d been the last two years.

Nyko always figured they were the people of Las Vegas and the surrounding area who didn’t make it inside the walls in time.  They held on as long as they could, eating whatever scraps they could scavenge before they resorted to eating the infected.

At first, there were no side effects from eating the disease ridden people.  It built slowly.  Some people retained more of their mental faculties for longer than others, but invariably, cannibalizing the infected lead to dementia and intense aggression.  Marauders killed for fun.  Many of them wouldn’t even eat regular food anymore.  The dementia convinced them that everything else was poisonous.

In that regard, they served a purpose.  They kept the infected population down.

“Let’s get this shit cleaned up,” Nyko yelled.  “Haul the trucks around back, tomorrow we’ll see if there is anything we can use.  Burn the corpses.”

Brian rolled up the warehouse door and came rolling out in a golf-cart pulling a trailer.  The roof of the cart had been replaced with two massive solar panels.  Fuel was everything, there was no sense in wasting it on yard-work.