Before you read Chapter 4, I’d like to invite you to like my facebook page What Zombies Fear.  The link opens in a new window, so you can click it without losing your place here.  Facebook is the easiest way to keep abreast of everything going on in the worlds I create, however with their new rules reducing the number of news items you see from a page (it’s now below 10%) it’s still easy to miss something.  The most foolproof way to know when a new book comes out is to please sign up for my email list.  I promise I won’t spam you.  I publish 4 – 5 novels per year, so you’ll get 4 – 5 emails per year.

Now, on with the show, thank you for reading.

His hair streamed out behind him as he thundered across the desert, enjoying the cool, dry, night air.  He knew the sound of the motorcycle would draw them in.  The infected were attracted to loud noises.

Nyko rode for an hour, due north on interstate 15, dodging dunes and wrecked cars.  At times, the reverberation of his bike bouncing off the walls that held the desert back was almost deafening.  It was the sound of freedom.  It was a sound that he craved.

Every time he passed a car he looked inside.  One in three had some sort of movement inside, sun-cooked flesh barely holding on to the bones.  In many cases, the inside of the windows were completely coated with dried gore.  The sun cooked the infected meat-sacks until the gasses inside exploded.  Everyone knew; never, ever open the door to those cars.  The smell took days to wash off, and nothing in the vehicle was salvageable.

He steered off the highway at Moapa, a small town in the middle of nowhere.  A left at the top of the off-ramp led him down the main street, and just past the long-dark traffic light, he stopped his bike in front of Iron Jack’s customs.  He deftly killed the engine, swung his leg over and took a step towards the door.  Keys still in his hand, Nyko unlocked the front door to Iron Jack’s and stepped inside.

There was a small front showroom with his two completely custom, hand-crafted choppers in it.  He looked them over fondly, each now covered in fine dust.  Nyko had pinned his hopes for Iron Jack’s on these two bikes.  They represented the future and his dream of being a custom bike builder.

Two years ago, he’d been sitting in his office in the back of this building when he got the call.  “It’s Molly,” the woman on the other end of the phone sobbed “She’s sick.  She’s dying, Nyk.  She’s got these sores all over her face.  The doctor doesn’t know what it is.  Her fever is over 107.”

Ten miles north of the city, Nyko topped a small rise and brought the bike to a screeching halt.  Brake lights lit up in front of him and the sound of twisting metal eclipsed the sound of his bike. Cars and trucks went everywhere, filling up the median and the emergency lane.

He eased the bike over next to the wall on the west side of the highway, and idled through the cars, looking briefly for something he could do to help.  He reached into his inside coat pocket, retrieved his phone, and dialed 911.

“All operators are currently busy.  Please stay on the line and the next emergency responder will be with you as soon as possible.  If you are in need of immediate medical care, do not hang up.”

Nyko hung up his phone.  Half the people involved in this wreck were probably calling.  He stood up on the pegs of his bike to get a better view.  At least a hundred cars were totaled.  Fifty more were stopped with minor damages.  Everywhere he looked, doors were opening and people were walking up towards the front of the accident.

The biker wasn’t trained in any sort of first aid, but he looked in each car he passed to see if there was some way he could help.  He pulled up beside a blue Nissan Sentra.  The driver was slumped over the wheel, and there was blood on the inside of the windshield.

He knocked on the passenger side window.  “Hey buddy, you okay?” he asked.  The front of the Sentra was buried half-way up the hood under the rear of a black Suburban.  There was no movement inside the car.  Nyko pulled on the door handle, but it was either locked, or jammed.  From the wrinkles in the quarter panels, he assumed it was jammed and leaned out, pulling hard.

The door handle broke in his hand at the same time he heard screams from the front of the accident.  It wasn’t just one scream, it was hundreds of them.  He looked up in time to see a flood of people running towards him.

“Hey dude!” Nyko yelled, banging harder on the window.  “You alive in there?”

The crowd of screaming people was getting closer.  Nyko looked up from the car.  It looked like they were running for their lives.  Those in the front were looking back over their shoulders, while in the back, a group was chasing them, head-down and running as fast as they could.

Nyko saw one of the people fall.  Several of the group chasing dove on top of the fallen accident victim, like a pile of football players after a fumble.

“Dude! You gotta get up!” Nyko yelled, banging on the window again.  The crowd was less than fifty feet away now.  Hopefully, if the guy was alive, he’d be safe inside his car.  He could see the group chasing them clearly now.  All of them appeared sick with some kind of rash on their faces.  Like his daughter had.

There wasn’t room between the Sentra and the wall to turn his bike around.  With a grunt, he lifted the rear wheel up and spun the bike around in place, before hopping on it and racing off, away from the crowd of people.

If you’re interested in my other work, please check out kirkallmond.com or my Amazon Author Page 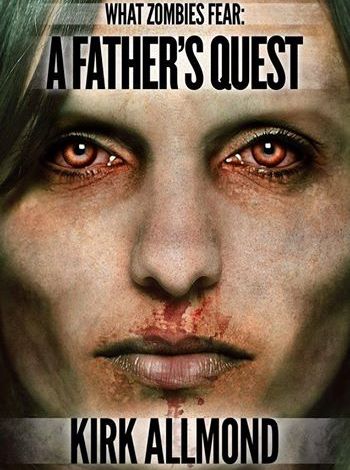 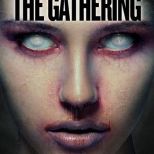 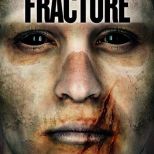